Mini Grey tells us about The Greatest Show on Earth! 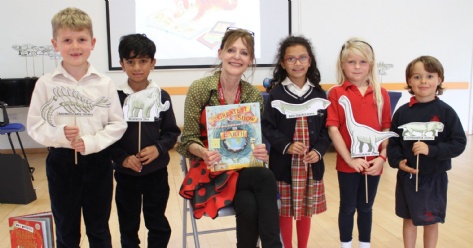 What an afternoon Year 1 and Year 2 had this week, with a visit from the award-winning author and illustrator Mini Grey introducing her first non-fiction book ‘The Greatest Show on Earth.’

Mini gave us an interactive show all about how the earth began continuing up to the present day.

The children were captivated by her stunning artwork, evolutionary knowledge, and puppetry! They engaged in high level discussions about Planet Earth and were all fascinated to learn about the origins of life on Earth in such great detail. 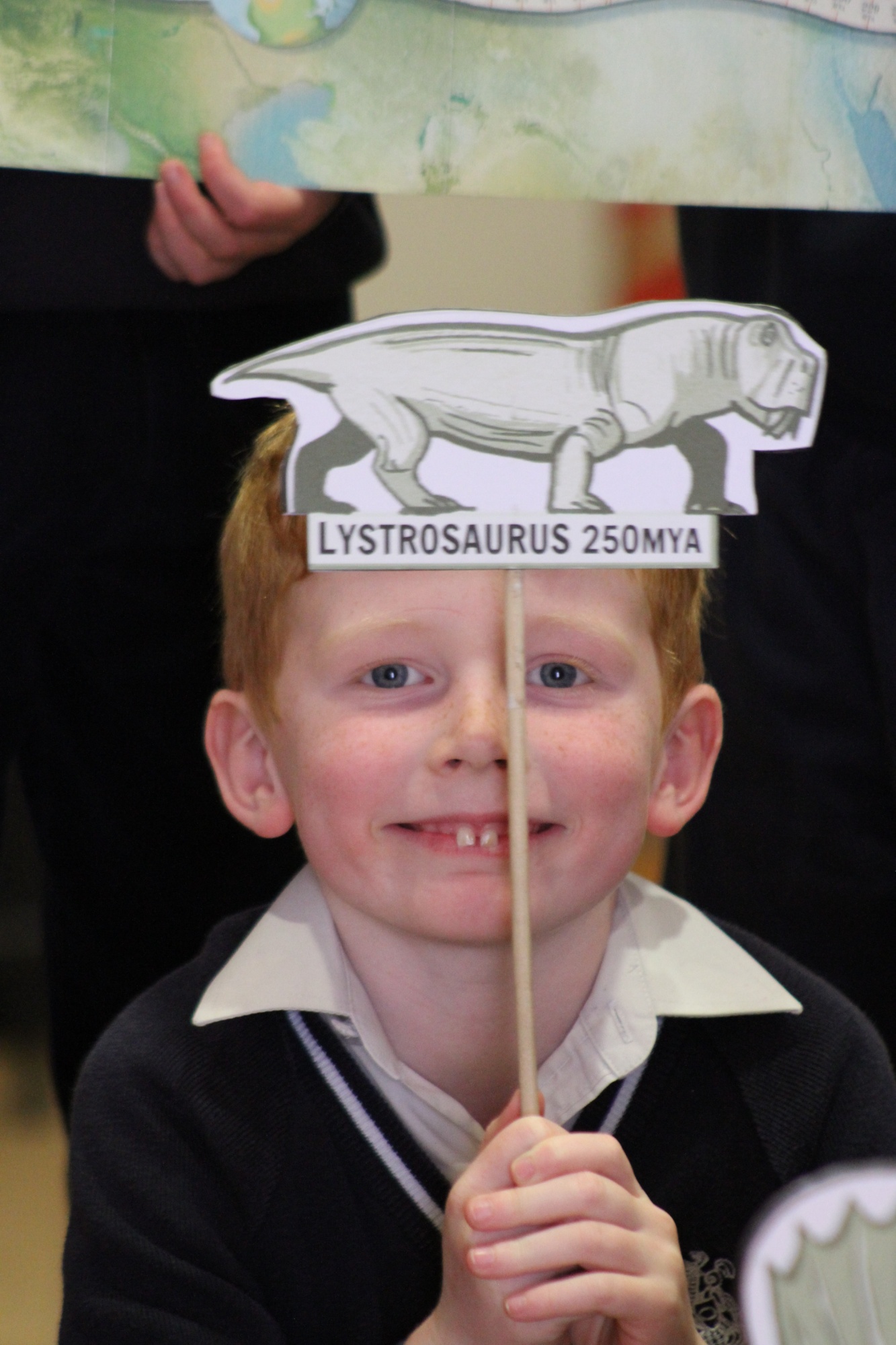 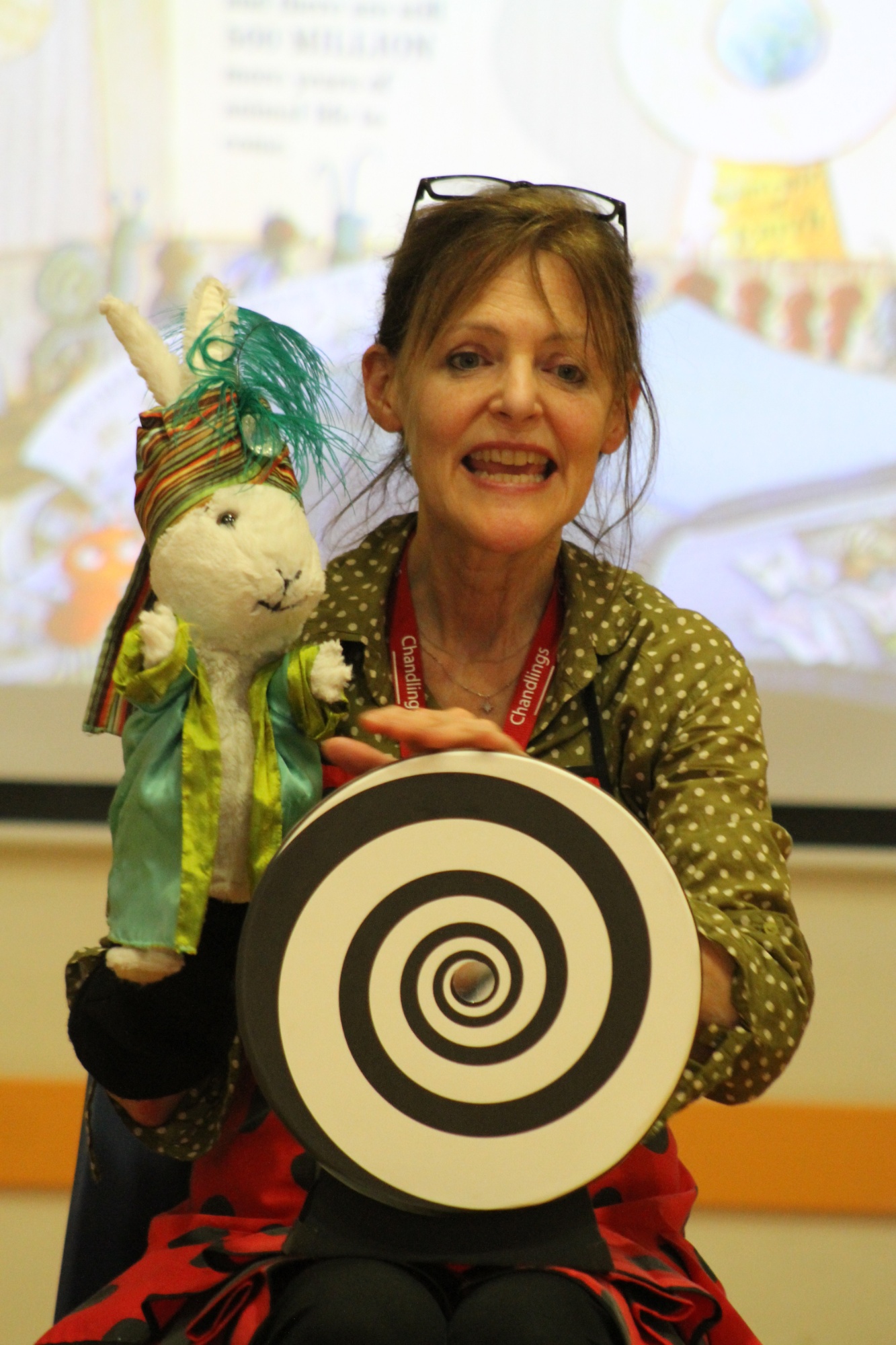 As part of Mini’s talk, the children unravelled a timeline and placed creatures along it according to when they existed. Mini followed this with a drawing session where the children drew three of the insects from her book.  The afternoon ended with an interactive puppet show from Mini’s bad bunny Cadabra who spun his magic wheel and made the children think his head was getting bigger! 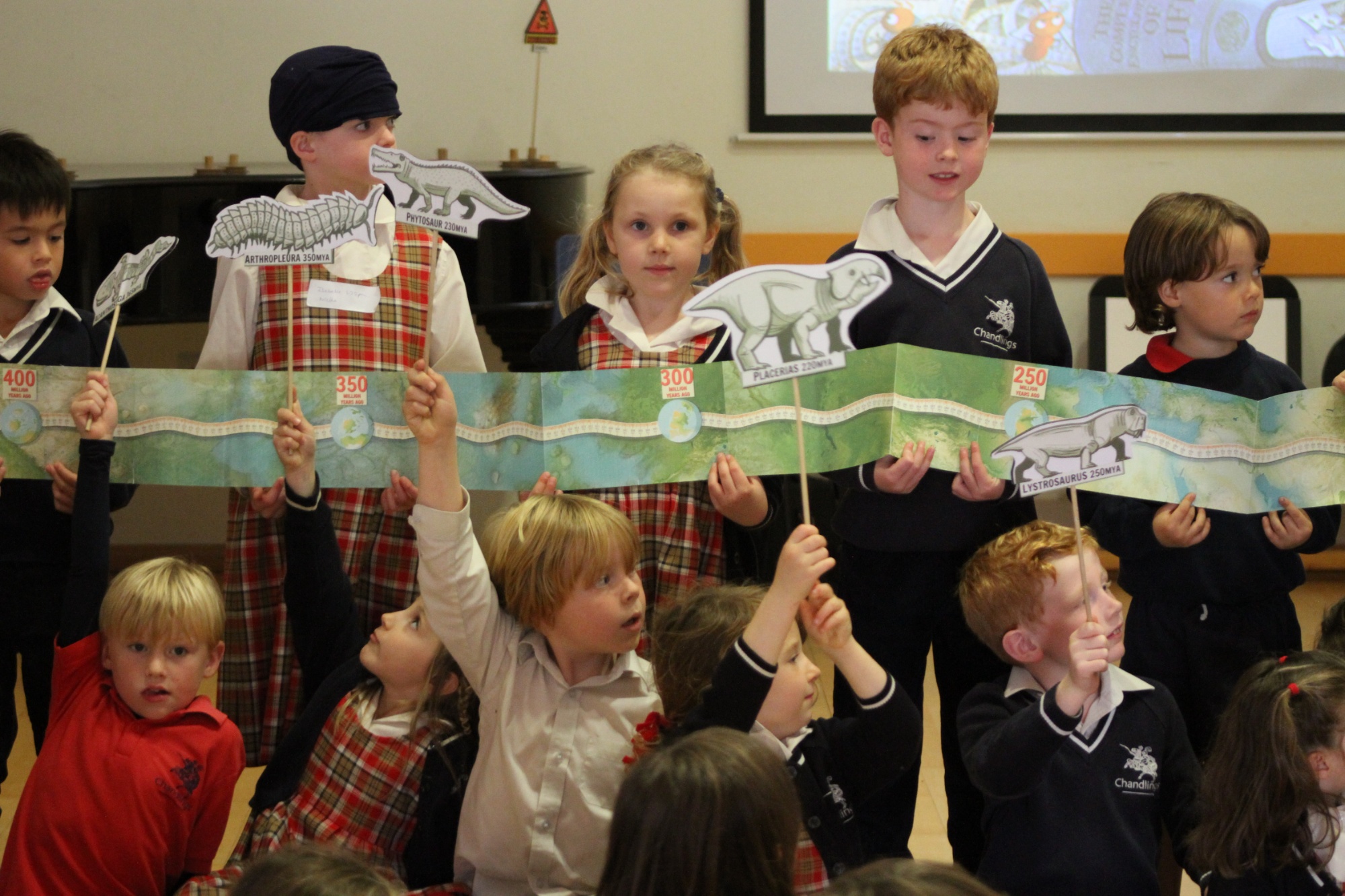 It was a thoroughly entertaining and interactive afternoon and we would like to thank Oxford Children’s Book Group for bringing Mini Grey’s stories to Chandlings. 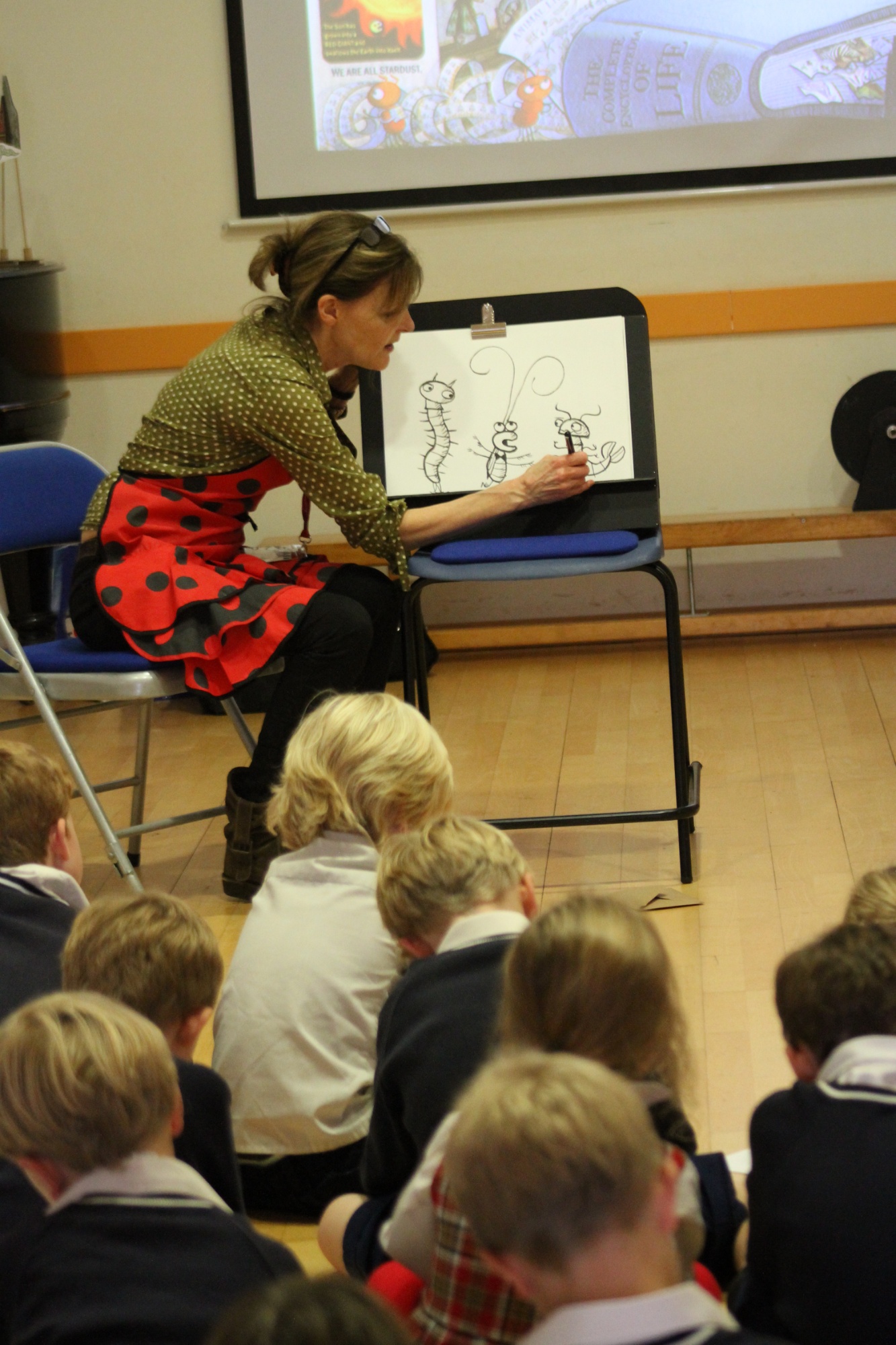 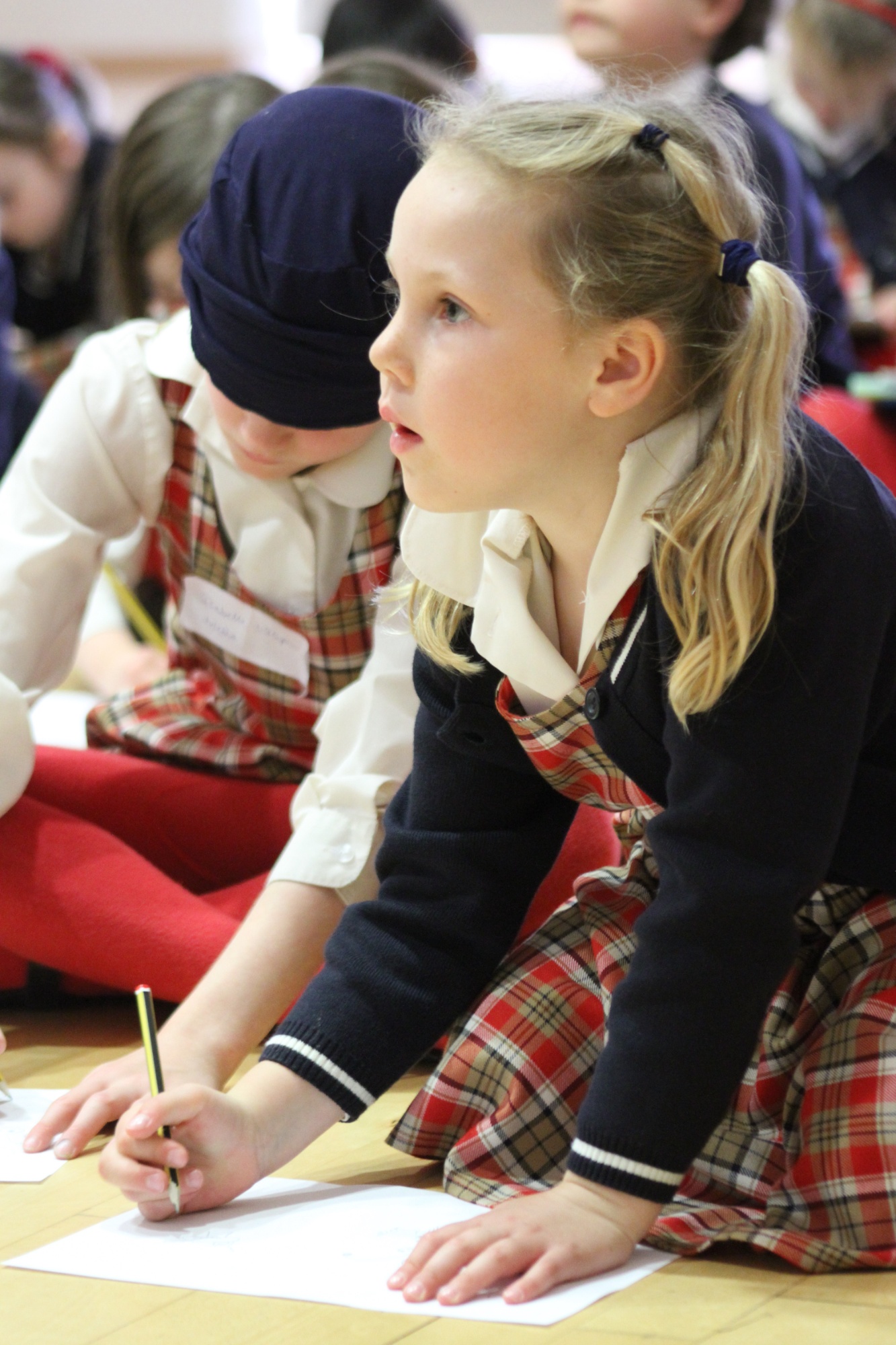