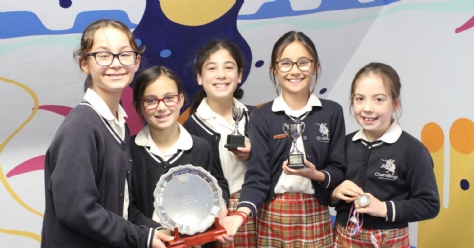 Congratulations to our Year 6 and Year 5 girls who recently represented the school at the Royal Wootton Bassett Festival of Performing Arts scooping up a collection of trophies and medals.

The RWB Arts Festival is a competitive arts festival for both children and adults that takes place annually. The Festival covers music, speech, drama, musical theatre and dance.

"They all worked incredibly hard on these pieces at school and in their own time to get them to performance standard so early in the year, and I am really proud of them," said Rebecca Vines, Chandlings Prep LAMDA teacher.