Year 5 trip to Land and Wave 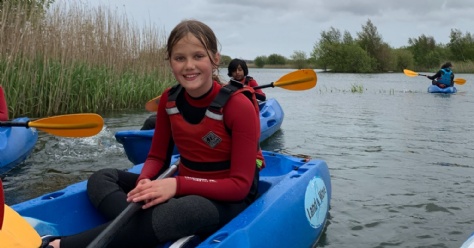 Year 5 set out for their team-building, glamping adventure to the Dorset coast in May expecting sunshine and fun.  There was lots of fun but not so much sun!

The heavens were heavy with rain and we had sporadic downpours for most of the trip, but this did not dampen spirits. The pupils were amazing, clearly at home in the water, kayaking, boogie boarding and Jumbo paddle boarding were taken in their stride. Whether a new skill for them or something they’ve tried before, they looked like seasoned professionals.

On Monday we did boogie boarding and jumbo paddle boarding at North beach in Swanage. There were loads of games played and waves caught before returning to camp for showers and evening sports of rounders and Capture the Flag. 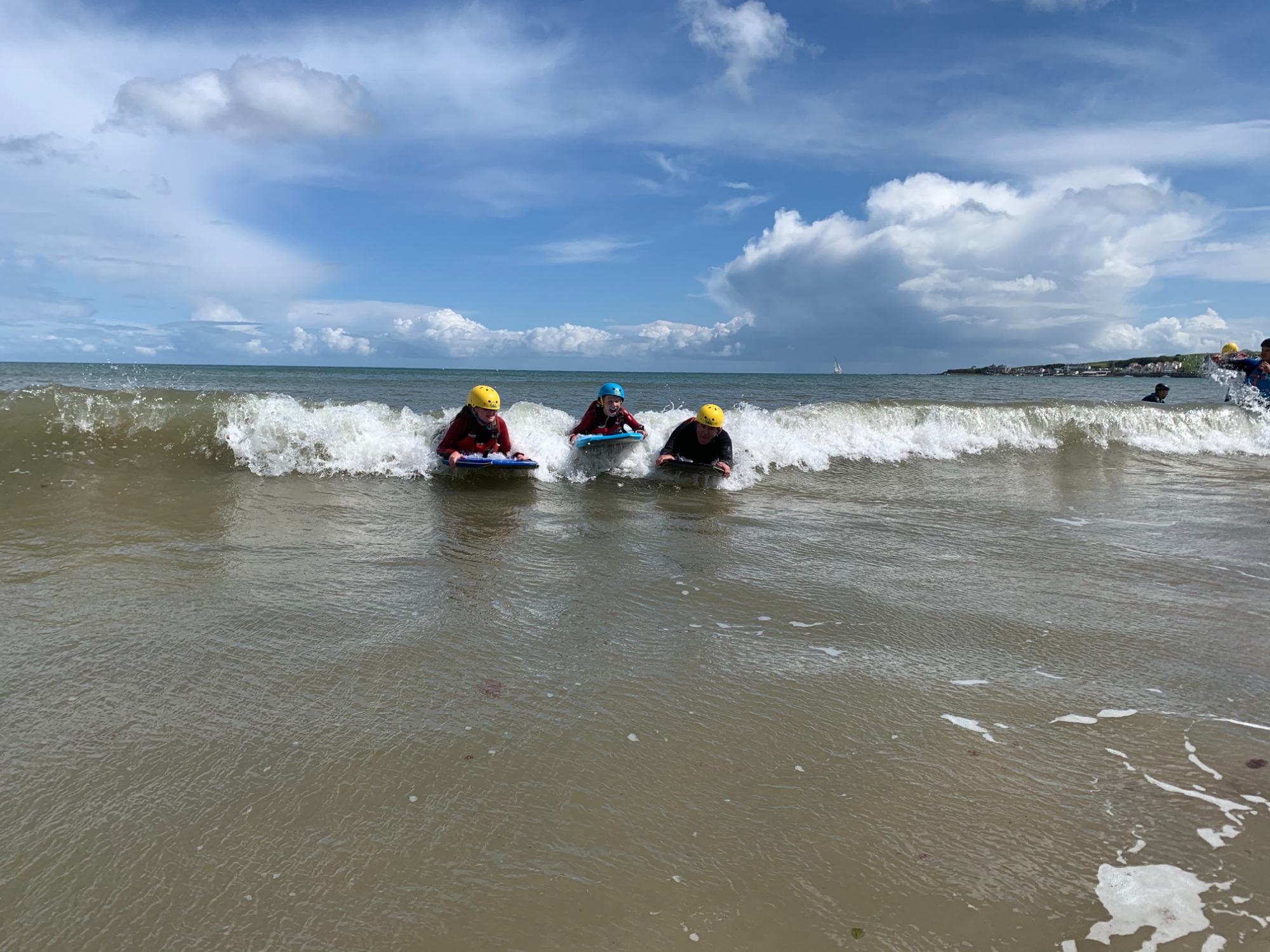 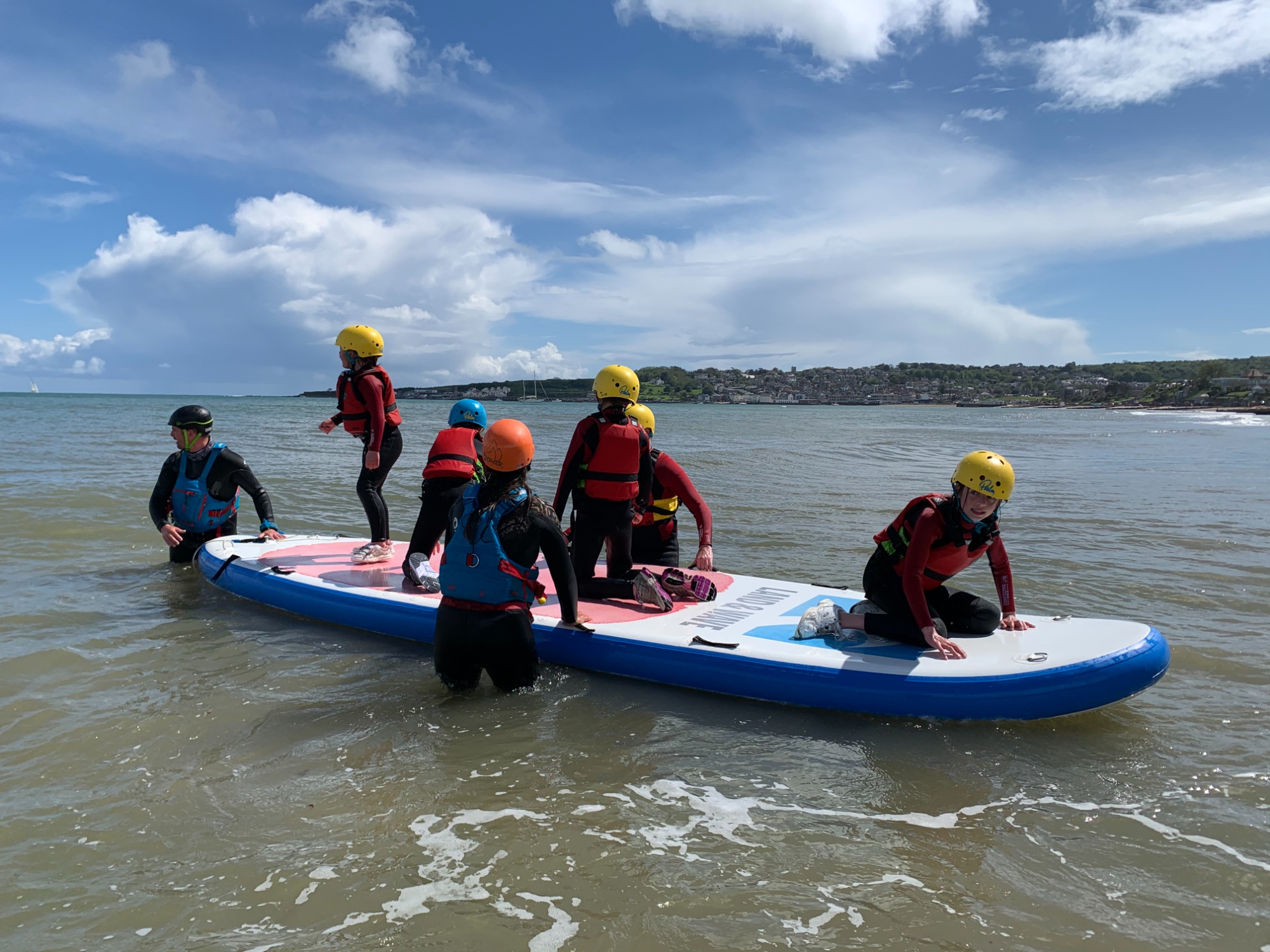 On Tuesday we had a fantastic morning kayaking at Wareham Lakes.  Catapult making and firing took place later.  This involved rather a lot of knot tying which was not their forte! 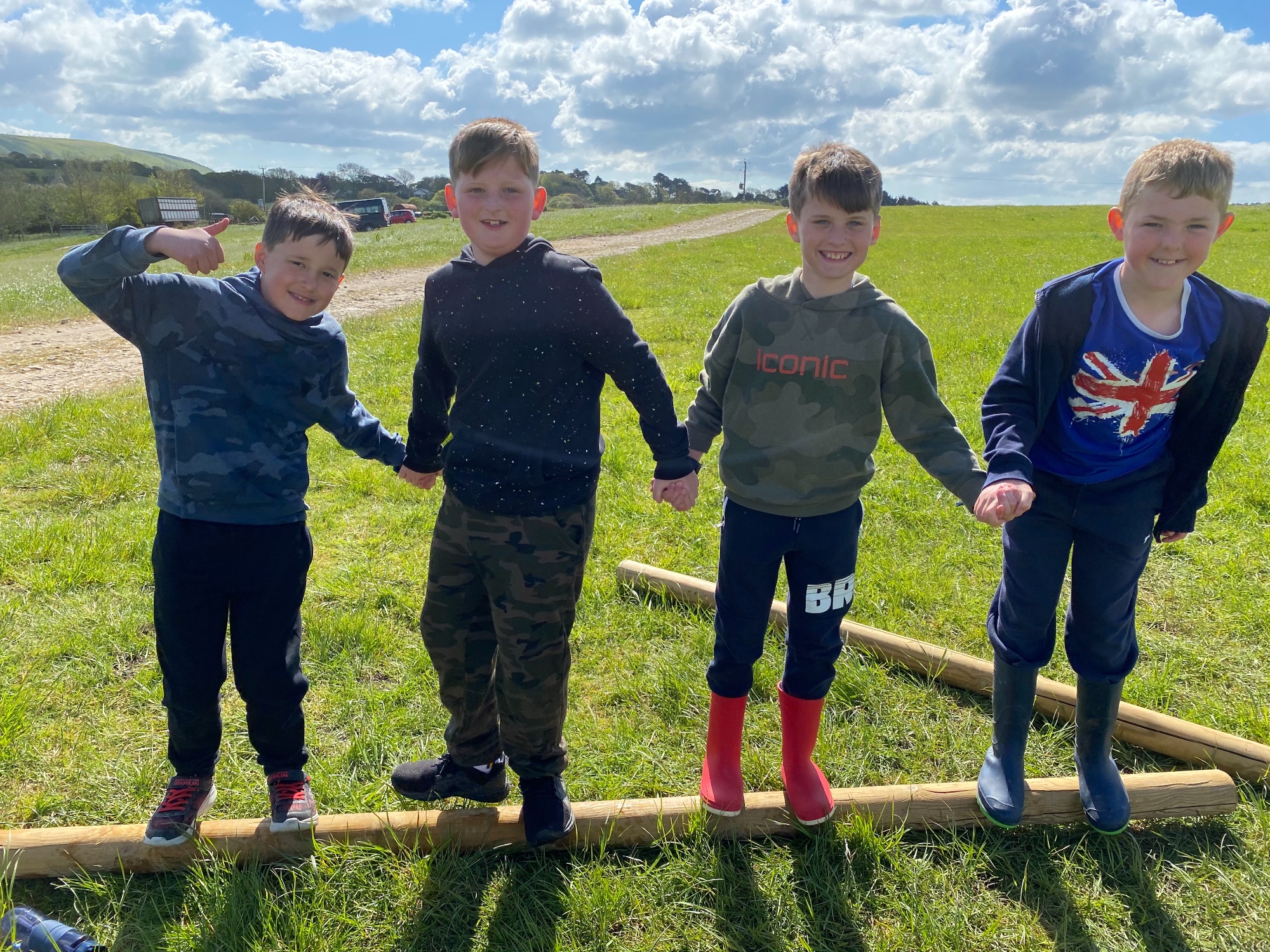 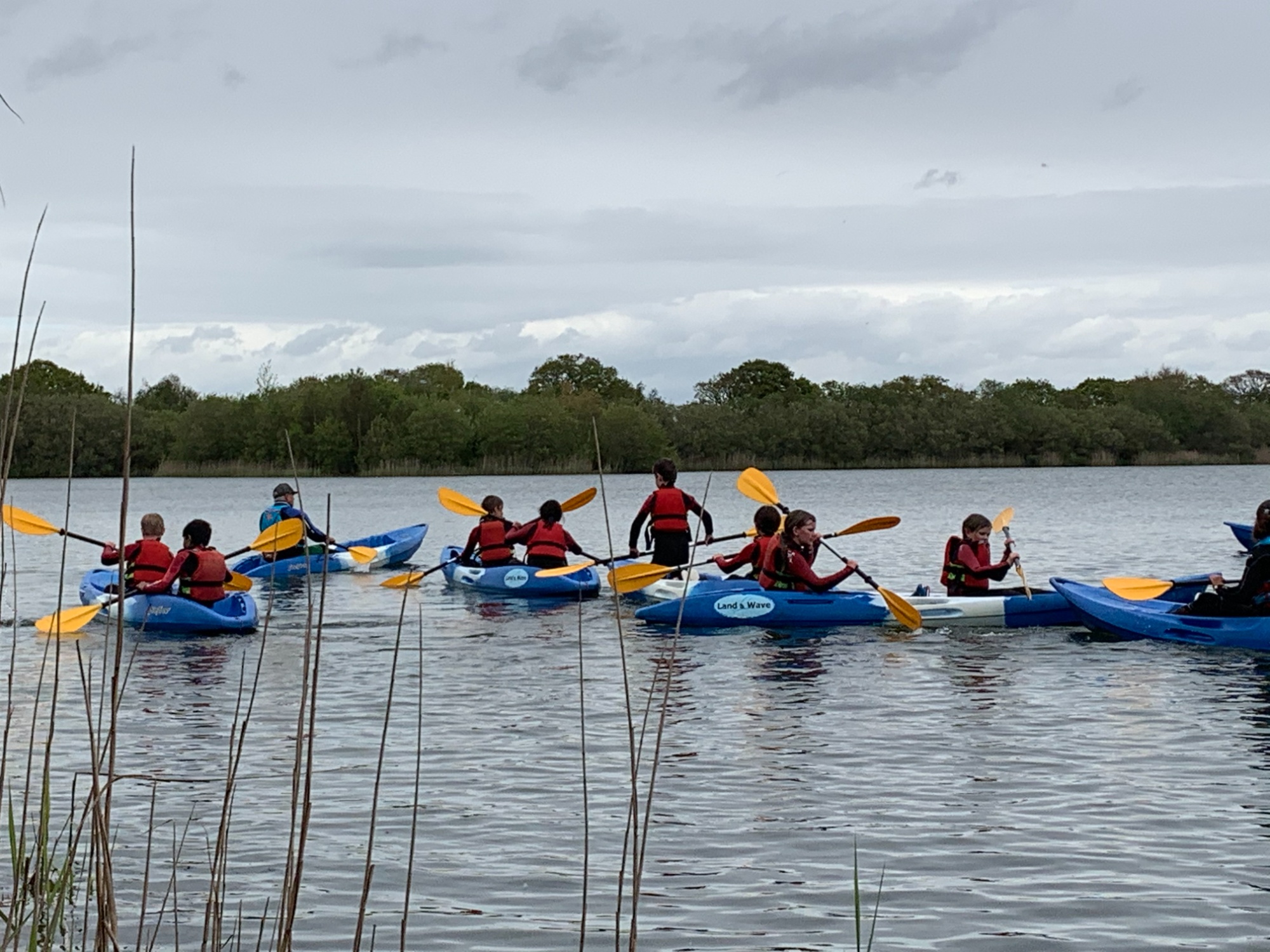 Thankfully, weather wise, the rain was interspersed with some lovely sunshine which really helped. A cracking STEM egg challenge made pupils think outside the box and led to some interesting contraptions being made to protect the egg. The teachers were disqualified as their egg, after surviving the drop, was suspiciously warm to touch as if it had been hard boiled, but the jury is still out on that one.

Our final morning was slightly slower paced.  The pupils attempted archery and fire lighting activities in a wood a short walk from camp, which were great fun before our return back to school. 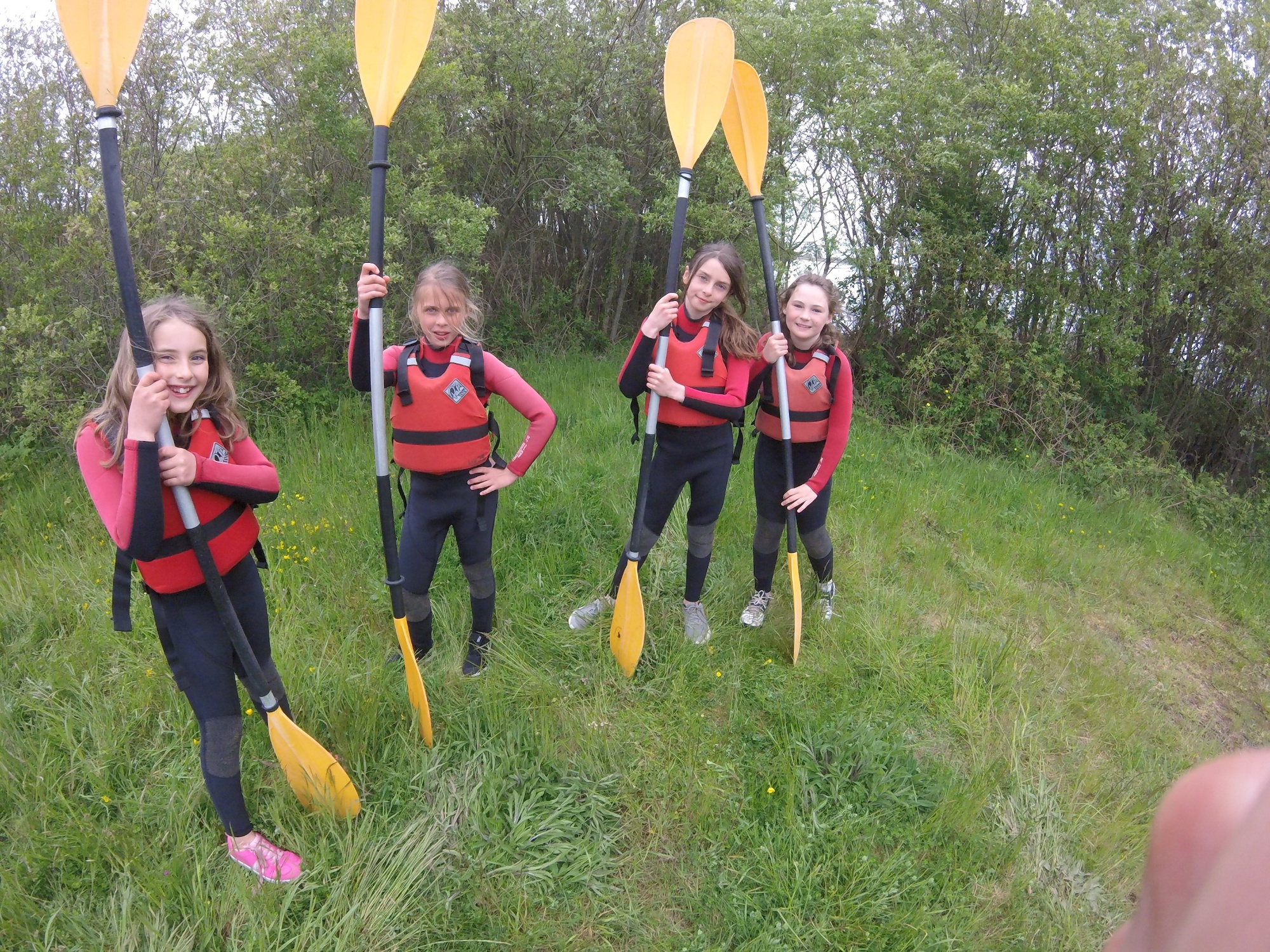 Life lessons in resilience, teamwork, positivity and independence were aplenty with fantastic memories for years to come. 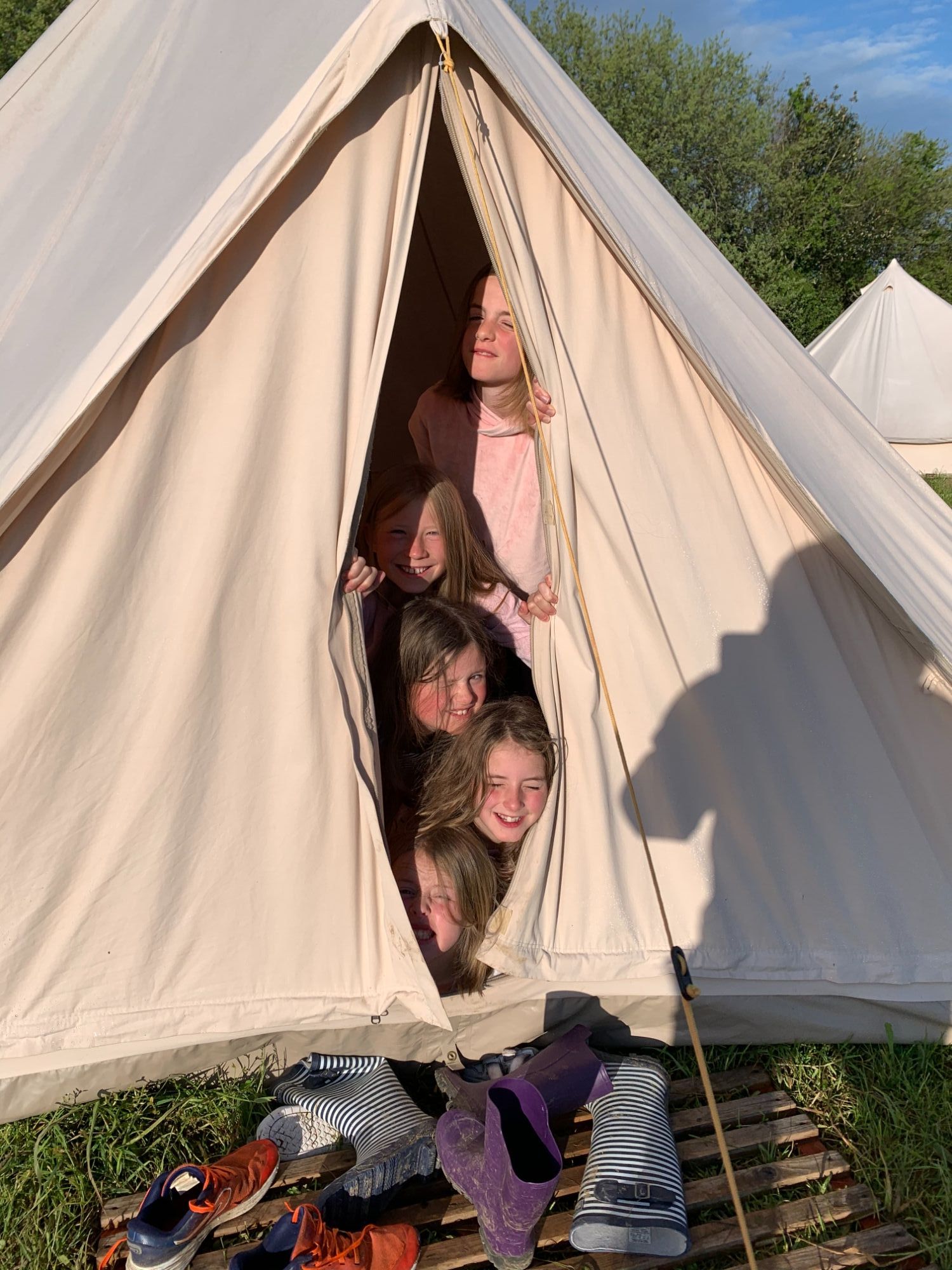