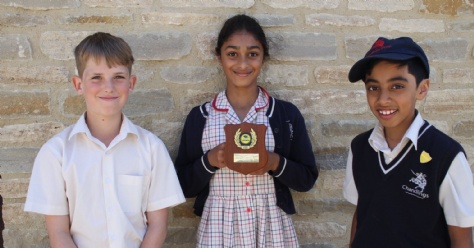 Chandlings Prep has been awarded best overall school at a National School History competition at The Oratory School. Pupils in years 5 and 6 from across the country were invited to submit essays on British Prime Ministers during the reign of Queen Elizabeth II and the best ten were subsequently invited to the school.

Chandlings Year 6 pupils took part and based on the work submitted, three Chandlings pupils were invited to the Winner's Day on Thursday 9th June.

From over 200 entries a group of 10 pupils were invited to this day. During the day, they listened to a talk about Real Tennis and then had the opportunity to learn some of the skills. This was followed by a History workshop based around Rushton Triangular Lodge in which the pupils investigated the origins of the building.

Finally, there was a presentation ceremony in which Chandlings Prep was awarded the best overall school.