Holly currently plays club hockey in the Investec Women's Hockey League Premier Division for Hampstead & Westminster.  Previously she played for England U16, U18 and U21 before being picked to join the GB senior team and making her International debut against China earlier this year. 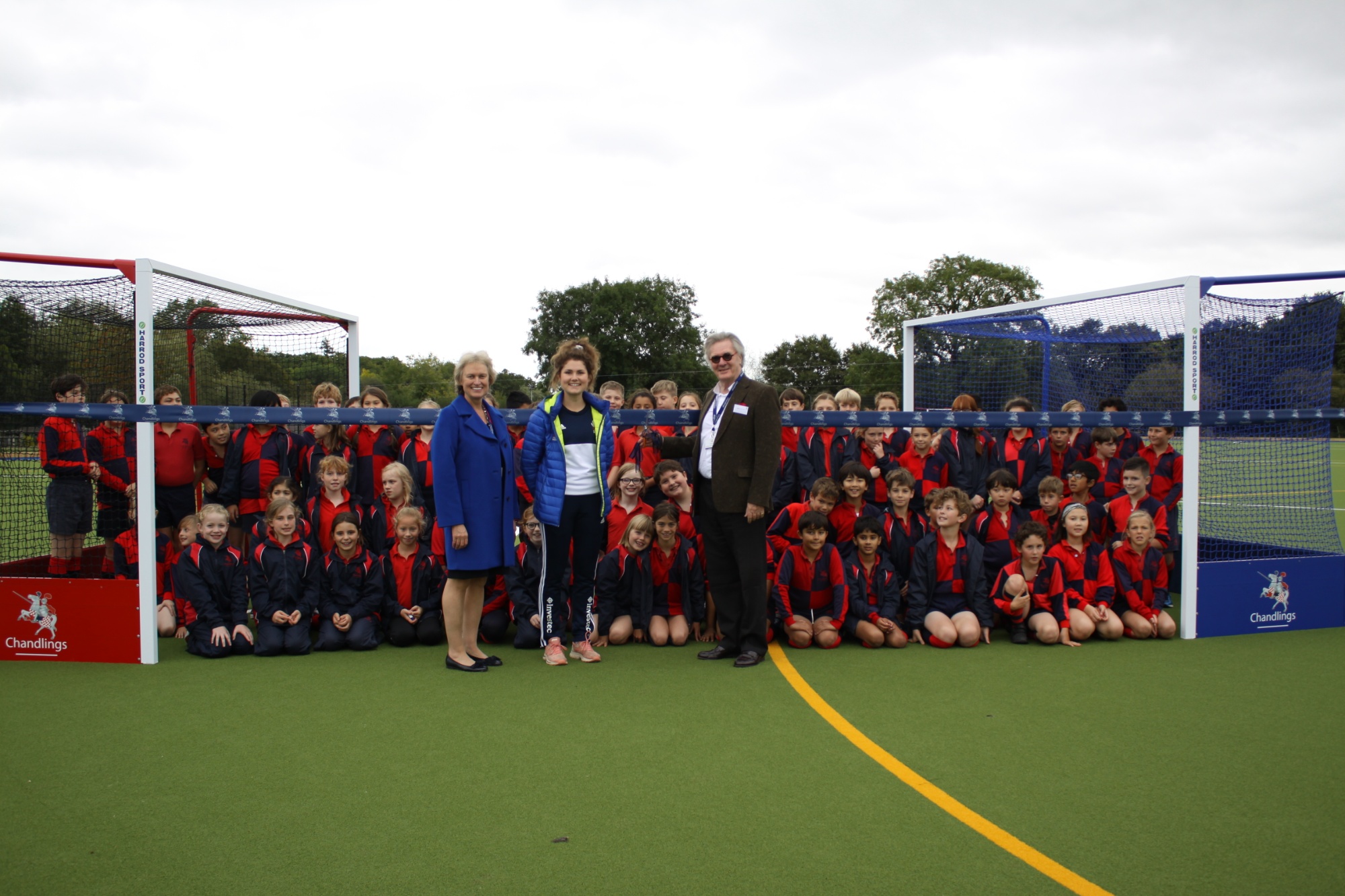 Holly gave a masterclass session to the Chandlings Prep Year 5 and 6 girls before taking part in a Q&A session with girls from St Hugh’s and Headington who joined them for the U10 tournament on the new astroturf.

Head, Christine Cook, commented on how inspiring it was and how fortunate for our children to have a GB International to present to them in school. Sport has always played a major part of school life and with this new facility we will be able to foster the next generation of Hockey talent for years to come.

“The new astroturf will also be used to develop our partnerships with local primary schools,” she added.  “It is a fantastic addition to the sports and outdoor facilities we already have.”